A healthy hip is very important for efficient movement, since most of the power athletes display is generated at the hip.

Jumping, sprinting or deadlifting: without a strong hip you won’t excel at these activities.

If we look at posture the hip is just as important, since many times wrong posture can be traced back to adaptations at the hip.

So it’s only logical to start looking for postural problems at the hip, because many other postural issues will improve automatically, as soon as you “fix” the hip. In another article we looked at internal rotation of the femur, which may be interesting for you as well.

If we sit a lot our hip flexors “shorten”. Most of the hip flexors connect the femur either to the hip or to the lower back.

If you have short hip flexors and stand up, your hip flexors will pull on the femur on one end and the hip, as well as the lumbar spine (lower back). This will cause the hip to tilt forward and the lumbar curvature to increase (excessive lordosis).

Here is what Tony Gentilcore has to say on anterior pelvic tilt:

Further up the body anterior pelvic tilt will get you a stronger curvature of the thoracic spine, because otherwise you’d be leaned backwards all the time. That overemphasized kyphosis will put you at risk for neck pain, shoulder pain, headaches and many other fun adventures.

In other words: you don’t want excessive anterior pelvic tilt.

Do you have anterior pelvic tilt?

One clue is the shape of your spine. The picture on the right depicts a normal spine (A), hyperlordosis (B) with respective anterior pelvic tilt and a flat back (C) with posterior pelvic tilt.

You can also directly assess tissue length of the hip flexors by using the Thomas Test.

You either need a friend to observe you during this test or you use a video camera like a cellphone or the webcam of your laptop. Just sit on the edge of a table or another stable surface, grab both of your knees and lean back until your back is flat on the surface.

Now let go of one leg and extend at the hip until your thigh touches the table.

Good result: your thigh touches the table, the knee is bent and neither hip nor leg rotate or move outward (abduct).

If you need to extend the knee (i.e. straighten it) to touch your thigh to the surface of the table, your rectus femoris is short.

If your thigh cannot touch the table even after you’ve extended your knee, your psoas are short.

If your leg and hip need to move to the outside for the thigh to touch the surface of the table, your tensor fascia latae is short (which means you might also have a tight iliotibial band).

If you look like person B in picture 2 and if you fail the Thomas test you have short hip flexors and are in need of a few corrective drills.

How to fix anterior pelvic tilt

There are several good stretches you can do in order to attack the hip flexors (psoas & rectus femoris, among others). One is called the “couch stretch” (skip to 05:00 in the video):

If you have the means to do this you can also use a Theraband or another rubber band to add some more tension to the exercise:

With all these drills always remember: keep your abs tight as if bracing for a punch and tense the glutes of the leg you’re stretching.

Tensing the glutes will also help you relearn how to use them, while at the same time protecting your lower back. Your torso should stay close to vertical during most of those drills.

Imagine you’re trying to extend the back leg as far backwards as you can. Your feet point straight ahead and your knee stays above your toes.

There was also the issue of the short tensor fascia latae. Here are a bunch of drills to work on that:

And finally the glutes and the abs.

To retrain the glutes to fire properly you can use the supine bridge drill. Start off with both legs and when you’re good at that you can switch to doing it with just one leg.

After you’ve gotten back up again try to imitate that feeling when extending your leg backwards while walking. Here is the drill:

Now for the abs you could go with a regular front plank or some advanced variation like the “bodysaw”:

Just get some furniture sliders or something similar and you’re good to go.

Just remember: keep your back in good alignment like the guy in the video. No letting the hip sag or pike up.

If you can’t do it longer than 10 seconds that’s totally fine.

Rest and come back once you can go again. Just don’t ingrain faulty movement patterns. You know how hard it is to get those out of muscle memory.

You now know how to determine if you have anterior pelvic tilt and how to fix it.

If all you can motivate yourself to do is one drill, then do the couch stretch for 2 or 3 minutes per side.

If you feel like working harder to fix your situation sooner you have some other drills you can check out in this post.

Just don’t overdo it in the beginning, only to then quit after two days. Do something small every day and soon it will add up big time. One more thing:

If you’re looking into this topic because you have knee pain I recommend you take my free email course on getting rid of knee pain through exercise: 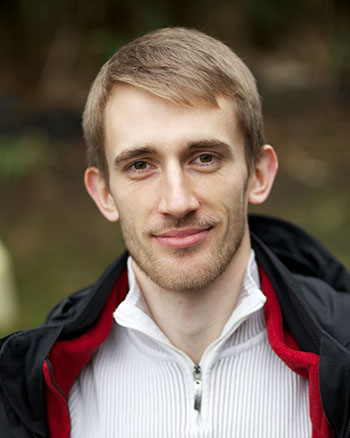 I’m Martin Koban and I help people with knee pain get back to living a normal life. I’ve worked with professional athletes, recreational athletes, and regular people from all around the world.

Get Back to sports in just 4 weeks?

Let me show you the fastest method to get rid of tendonitis that I've found after 10+ years of research and helping thousands of people. Sign up below to get started today.